← more from
Observant Records
Get fresh music recommendations delivered to your inbox every Friday. 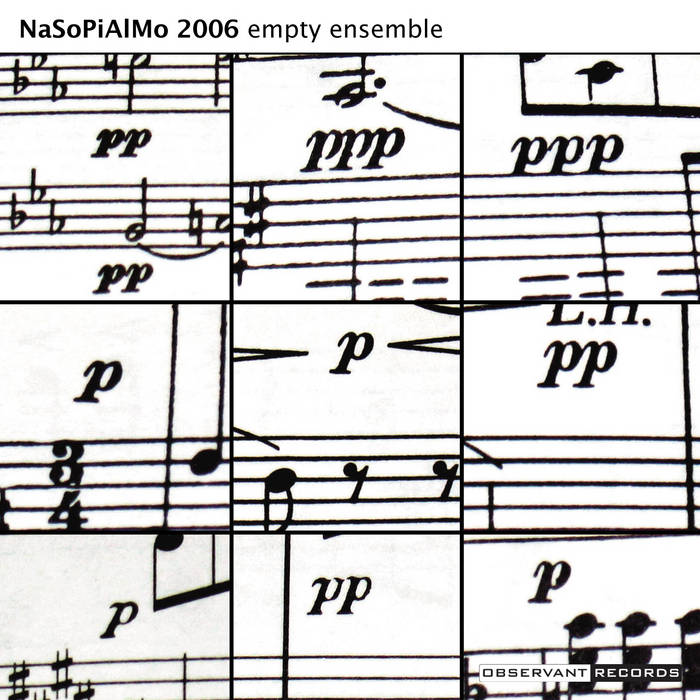 To commemorate the 10th anniversary of Observant Records, Empty Ensemble has reissued the original NaSoPiAlMo 2006 album as an exclusive for subscribers.

Originally recorded as part of National Solo Album Month in 2006, the album was available on the Eponymous 4 web site from 2006 to 2007. To meet the November deadline, no attempt was made to perform any of these pieces live -- they're entirely MIDI output.